Igor was born in Kiev, Ukraine and came to Brooklyn, New York as a teenager with his mother settling around the area of Brighton Beach. After graduating from high school and college, he went on to work on Wall Street where he was involved in various businesses dealing with data processing and stock trading. In the late-eighties, while still residing in Brooklyn, he got into the petroleum supply business. After moving to Los Angeles he started a construction company that supplied windows and doors to construction union affiliated builders.

Igor's involvement in acting was purely coincidental. During a trial, his representatives noticed that he was not doing well testifying and suggested that he take some acting lessons. Although he didn't take lessons, Igor started getting offers for acting roles. Look up Igor's credits on IMDB or LA Casting.

Throughout his life Igor has been carrying in his heart and soul the love of music, especially jazz and reggae, but never had a chance to express it. He has been looking for the right people to play, record and mix his compositions for many years but not able to find them because nobody wants to do the work just for the love of it. So, about nine months ago he finally decided to start recording his music on his own. See the MY MUSIC section of this website and give it a listen. Besides composing and writing lyrics, he sings and plays all the instruments.  Programming, recording and mixing is also of his doing. Igor calls this style of music the KASHA MIX. In Russian Kasha means a mixture of different products. You can hear the components of jazz, reggae, trap, rock, classical, latin and other styles of music captured within one track. Igor believes since this is a mixed up world, music has to be mixed up, too. No?

Lyrics are an integral part of a song and cannot exist for the sake of enabling a singer perform popular i.e well-wornout vocal calasthetics or consisting of used up cliches. Igor tries to make the words poignant as well as satirical.

So, give it a try. Either love it or hate it but don't be indifferent. Call or email with your comments. Be honest. Don't worry. No one will be looking for you if you don't like what you hear. Guaranteed.

For the future projects, Igor has an almost clean criminal record and believes that everyone deserves a second chance.

IN YOUR OWN SWEET WAY - Dave Brubeck

DOCTOR SAID YOU ARE PERFECT 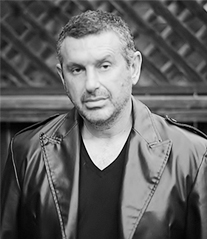